Did You Have a Panic Attack? Here Are 13 Symptoms 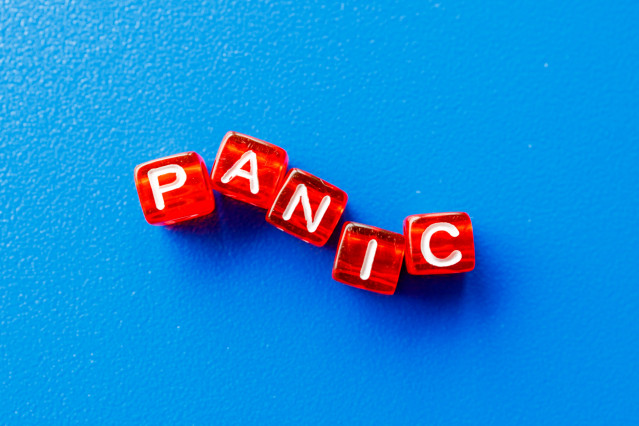 I wouldn't wish a panic attack upon my worst enemy. It is one of the most intense physiological experiences a human being can have.

Recently, I've spoken with a few people who have wondered if they've had a panic attack. In everyday conversation, people also commonly use the phrase "anxiety attack" to either mean a true-blue panic attack or a moment of intense anxiety. What's the difference? How can you tell if you've had a panic attack by an official mental health definition?

According to the DSM-5 (APA, 2013) definition, here are thirteen possible signs of a panic attack. These symptoms can begin when you're in a calm state or when you're in an anxious state.

At least four of these must be present in order for you to qualify as having experienced a panic attack. Here they are in list and infographic form:

Of course, it's important to keep in mind that everyone's experiences of panic are different, and symptoms can vary from person to person. If you want to know if your experiences qualifies as an official "panic attack" by a commonly used mental health definition in the U.S., that's the list to look through.

Especially if you have recurrent panic attacks, it's important to seek mental health treatment. You may have Panic Disorder. This occurs when at least one of your panic attacks is followed by "anxiety about the anxiety" (fear of having another panic attack) or life-altering behavior changes to avoid having another panic attack. It's important to keep in mind that you wouldn't necessarily qualify for Panic Disorder if the attacks are better explained by the effects of a substance (like a drug or medication), a different medical condition, or a different mental health condition.

Photo by Andrey Metelev on Unsplash

Dr. Parke is a licensed clinical psychologist located in southern California. She is an Associate Professor of Psychology at Vanguard University, and she also provides therapy to children, teenagers, and college-aged young adults in her private practice.

How to Deal With Stress

What Are the Symptoms of Social Anxiety?

By accepting you will be accessing a service provided by a third-party external to https://jackieparke.com/