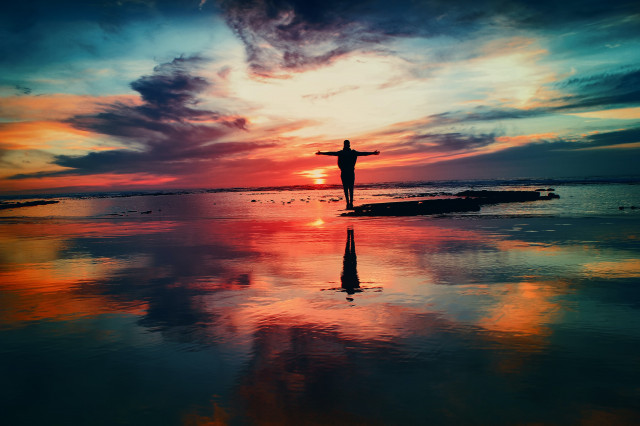 We are currently living through a historical context that involves seismic shifts of change. When going through such seismic shifts, it's common for people to engage in existential questioning, ask the question "why?" across different dimensions of their lives, and perhaps even experience themselves as languishing. Enter Viktor Frankl's classic work: Man's Search for Meaning.

Frankl wrote this book in the span of nine days in 1945. In it he recounts his experiences in concentration camps during World War II as well as the psychotherapeutic approach that he developed (logotherapy). Although the horrors of Nazi concentration camps may seem a far-removed example from which to glean wisdom for our modern context, I would assert that the most extreme forms of suffering and darkness are where we can see light most clearly. The most transcendent forms of light apply timelessly across epochs of history, including our own.

This has been my experience of Man's Search for Meaning. Frankl has a uniquely deep perspective on purpose and meaning that cuts to the heart of our modern-day questions, pain, and searching. The timeless truths that he shares are like diamonds mined and polished through the rough of his own inexorable suffering.

Yes, I know what you might be thinking… "inexorable suffering – sounds like a lovely read for a breezy Sunday afternoon." Frankl is a treasure trove of perspective and wisdom, however, and any reader who partakes of his experiences is in store for a gift. This is a man who stated clearly, "The meaning of my life is to help others find meaning in theirs." This book bears that out.

Part I: Experiences in a Concentration Camp 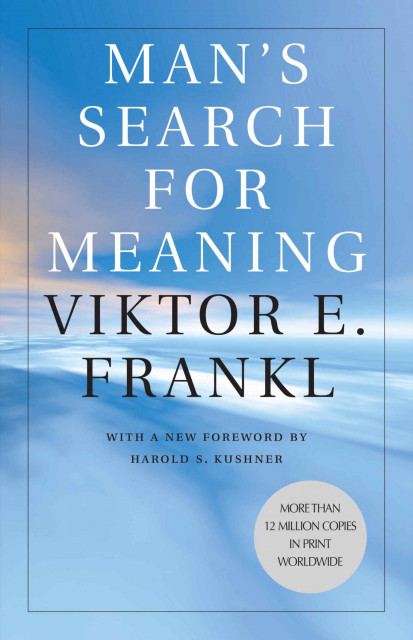 In the first part of the book, Frankl details his experiences living in Nazi concentration camps such as Auschwitz-Birkenau. The reader realizes that Frankl actually had an opportunity to potentially prevent these experiences but made the noble decision to honor his parents by staying with them rather than fleeing, which summarily led to his being in a concentration camp. Although his horrific experiences are of course difficult to behold as an imaginative witness, they are also inspiring and incredibly illuminating.

At least in the translation that I read, Frankl also writes in a style that is direct, unassuming, and humble—utterly without self-righteousness regarding his own stellar character and choices. His example has a very purifying effect on the reader's own conscience and decision-making. For example, Frankl does not have a rigid, black-and-white view of concentration camp prisoners being 100% good and Nazi guards being 100% evil. He sees subtlety, nuance, shades of gray—good and evil—in all of them (including himself). Can we see similarly, in the ideologically polarized times in which we live?

As another example, after the war ends and Frankl is liberated from life in the concentration camps, he does not hold a grudge against countrymen who could have prevented his imprisonment or who did nothing to help. He chooses to live among them, without resentment. In this light, so many of our modern-day grudges or resentments pale in comparison to those Frankl could have carried. Given that he chose not to take up these grudges or resentments, we see as the reader that we too have this same power to choose the baggage of our hearts.

Part II: Logotherapy in a Nutshell 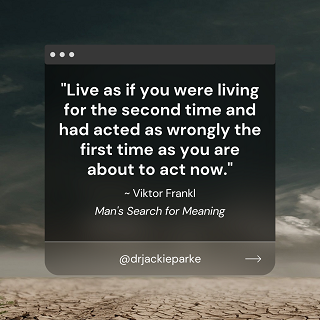 In the second part of the book, Frankl lays out the main principles of the psychotherapeutic approach he developed, which he calls logotherapy. The philosophy underlying this form of therapy is that life is ultimately a quest for meaning (rather than a quest for power, pleasure, etc.). Although some readers who are not therapists might find the initial idea of this second part of the book intimidating at first glance, I would encourage them to read on, as Frankl shares many of his philosophical insights about meaning and purpose in this latter part of the book.

Contrary to some of the prevailing therapeutic thinking of his time, Frankl called his approach to therapy "height psychology" (as opposed to "depth psychology"). By this he meant that he emphasizes a person's future, their conscious decisions and actions, and their reaching new heights of personal meaning. There is a strong emphasis on personal choice, that each person is responsible to their own life and has responsibility (response-ability) regardless of their circumstances.

Many of Frankl's most clear-eyed concepts give the reader cause to reflect and reevaluate their own life. For example, in true existential fashion, Frankl writes, "Live as if you were living for the second time and had acted as wrongly the first time as you are about to act now." Wow—what a slam on the brakes for life mistakes we are headed toward by our own choosing. 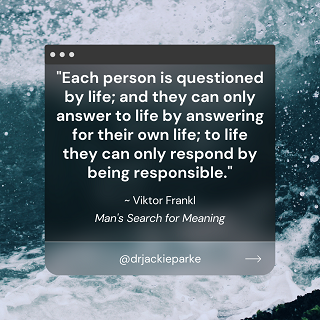 Overall, Frankl's life and work speak for themselves, and they speak loud and clear into the heart of modern-day existential suffering and questioning. I recommend Man's Search for Meaning to any fellow human on the quest for meaning and purpose. May you find in Frankl a wise guide who offers timeless truths for our time. 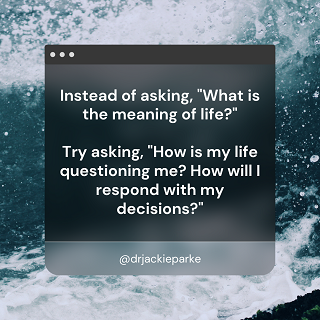 Photo by Mohamed Nohassi on Unsplash

Photo by Denny Müller on Unsplash

Dr. Parke is a licensed clinical psychologist located in southern California. She is an Associate Professor of Psychology at Vanguard University, and she also provides therapy to children, teenagers, and college-aged young adults in her private practice.

Burned Out? Here Are Some Burnout Recovery Ideas to Try

By accepting you will be accessing a service provided by a third-party external to https://jackieparke.com/